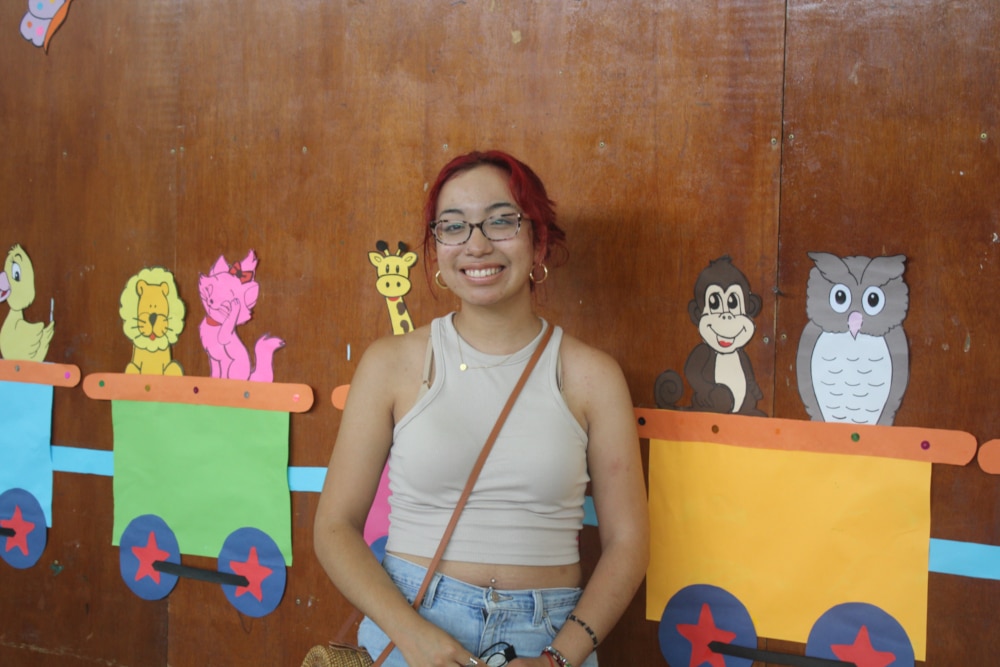 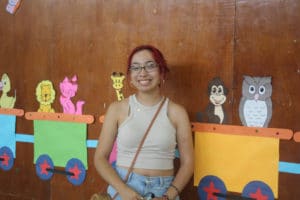 My name is Raquel Torres and I am a rising sophomore at Marquette University, double majoring in Political Science and Latin American Studies. I have spent the summer virtually interning for Programa Velasco, and the experience has been something that I will forever be grateful for.

I was born and raised in Chicago, but my father is from San Miguel, El Salvador. He was born in 1958 and grew up during the civil war. He immigrated to the United States in the 1980s, the first of his siblings to do so, as a result of the violence and destruction that ensued.

Growing up, I would hear stories about the war, stories about the violence that transpired around him and friends that were killed as collateral, but I never really understood just how damaging and long-lasting the impacts of the war really were, especially as someone born in the United States and who was never really connected to her culture.

I’ve never been to El Salvador, and most of my family is here in Chicago. I didn’t grow up speaking Spanish, as my parents wanted me to learn English in order to better assimilate. It wasn’t until I became a teenager that I wanted to learn more about the land that I am from. I made a conscious effort to learn Spanish. I learned to appreciate the beauty and richness that is the Salvadoran culture, instead of pushing it away in order to fit in with American society.

And with this newfound desire to become more in tune with my heritage, came the overwhelming knowledge of the conditions that my father left behind, almost 40 years ago. The sexism, the collective trauma, and the pain left behind by the war. These societal problems are not unique to El Salvador, countries throughout Latin America have conditions that have caused forced immigration, with their citizens forced to leave behind what they know in search of a better life free of violence and poverty.

However, the way that these problems have infiltrated themselves into the fabric of the Salvadoran context has resulted in a unique situation that can only be properly addressed using knowledge that is trauma-informed and person-centric. This is where Programa Velasco steps in.

Programa Velasco is spearheaded by Salvadoran nationals, a fact that made me feel more comfortable applying for their internship position. The phenomenon of the white savior complex, where white people, usually Americans, dedicate themselves to “saving” people of color, not out of compassion or humility, but in a way that boosts their ego, is far too common in the realm of nonprofit organizations.

However, PV recognizes the need to work within the Salvadoran context, in lieu of taking Western charitable theories and expecting them to work in a country with its own unique socioeconomic context and ideals regarding gender and femininity.

PV’s dedication to cultural humility and awareness is what drew me in; I felt comforted by the fact that I could intern for an organization that exudes so much love and care for the country that shaped who I am.

The reality of the Salvadoran context is harsh, there has been so much pain and destruction embedded within the society that leads to the conditions that create the forced migration that PV is working to prevent. However, El Salvador is also a beautiful country with a vibrant culture and made up of resilient people. It is the place that made my father, who is one of the strongest people I know, and one that I am proud to call home.

It is truly heartwarming to know that I am able to use my own talents and strengths to help people from the country that I am from and I will forever be indebted to Programa Velasco, especially Annie and Katherine, for allowing me to have this experience.